Why is a CEO worth that much?

Why is a CEO worth that much? 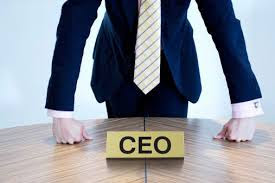 The common wisdom is that the amazingly high paid CEO has unique skills and talents that command that kind of pay. The combination of skill is so hard to find that in order to get that particular person to come to work for this company they have to be paid that huge amount of money.

Let's look at that logically for a minute.

According to the Social Security Administration 134 people earned more than $50,000,000 in 2014. If we accept that they are being paid for their unique combination of skills and talents, then no one else could do their job or was willing to work for less money.

According to Wikipedia, the world population was 7.5 billion people in April 2017. That means that only those select 134 people or 0.00000008% percent of the world’s population could run those companies!

The United States has a total population of 321.4 million people. Adjusting for years of experience and education I estimated that approximately 27% or a little more than 8 million people are potential candidates for those 134 jobs. Yes, a lot of those are not in the right business to count, and many just haven’t gained the experience yet but that still seems to leave a huge pool of potential candidates with the right experience and training.

Out of that 8,000,000 people lets say that only 25% are in the right business, that’s still a total of 2,000,000 candidates to choose from. Some percentage of those haven’t been working long enough to gain the experience to lead a big corporation so let's cut that pool down by 2/3. That still leaves 660,000 potential candidates.

Not everyone want’s to be the CEO so let's say only 10% even want the job, that’s still 66,000 people who should be considered. After you interview those candidates, you think only 1 in 50 are real candidates that still leaves 98 people (13,200/134) who of whom could do EACH those 134 jobs. Does anybody still believe that all of those 98 people wouldn’t do the job for significantly less than $50 million a year?

Does anyone still believe that market forces (supply and demand) really set those enormous salaries?