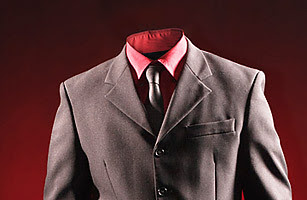 When I was in high school, I had a close friend who fell very ill.  My friend came from a broken home.  His parents divorced and his younger sisters went to live with his mother while he stayed with his father.  We spent a lot of time together and had many happy memories.  We became best friends.

In the early 1980s, when I was visiting him in the hospital, I suspected then that he’d never really recover from his illness.  He moved away to live with his mother and sisters and we lost touch.  We briefly reunited a year after I joined the Navy and came home on leave.  We took a fun road trip together and rekindled our friendship, but we lost touch once again. Many years later when we reconnected through the Internet, my suspicions were confirmed—he never really recovered from his illness.

I had hoped when we reconnected that I’d discover that he’d gotten better, fallen in love, gotten married, had children, and built a career.  But none of that ever happened.  Despite his superior intellect, a college education, and handsome features, he’d never married, had children, or became successful; instead he's now living the life of a bohemian recluse just scraping by.  It was very sad for me to learn this.

But my old friend seemed to be quite happy with his life choices and has absolutely no regrets. He's quite happy living where he does and doing what he does for a living. He's no dummy.  If anything, he feels sorry for me for having the burdens of marriage and children, a mortgage, car payments, and maintaining a  career.  So we no longer have much in common.  Our lives went in opposite directions. I went the traditional route in life, and he went the bohemian route. He’d lost his Christian faith years ago and has become something of an agnostic.  And without that moral compass to guide him, he's developed some very unusual beliefs.

Mental illness can be a debilitating disease that, if left untreated, can literally ruin a person’s life, the lives of their family, and everyone who cares about them.  And it can rob them of their ability to live up to their full potential in life and become productive members of our society.  In the early 1980s when my friend was first diagnosed with a mental illness, it was socially taboo to discuss it. Today it’s gotten a lot better and I regularly see public service announcements on television educating the public about mental illness.   Having a mental illness is not that different than having diabetes; with the proper treatment, care, and support, it can be managed so they can live more normal lives.
at June 21, 2016