GE Needs A New Strategy And A New CEO by Adam Hartung, Forbes

My Thoughts: I've never been a fan of GE as I believe the company represents everything that's wrong with Corporate America today with it's profit-at-any-price, throw-the-baby-out-with-the-bathwater mentality. I post this article from Forbes more as an example of how NOT to run a company where profits come before people. Also, GE is a good example of why bigger is not always better; historically, smaller, more agile companies outperform huge conglomerates. GE under the leadership of Jack Welch and Jeff Immelt shows that eventually, you'll reap what you sow. As of this writing, GE announced Immelt will be retiring on August 1st, and John Flannery will be assuming the role. Personally, I'm rooting for the vultures that want to come in and tear GE up into smaller, more bite-sized pieces.  - Bryan Neva 7/13/17 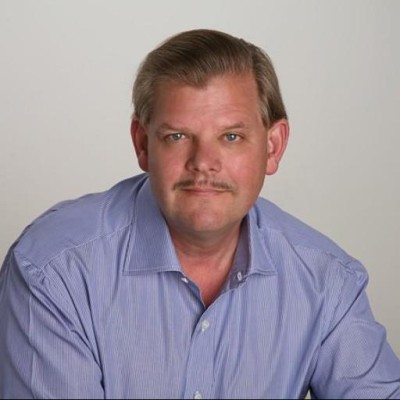 
I'm an expert on business growth and overcoming organizational obstacles to success. I do keynote speaking at conferences and management meetings, and a workshop leader for companies wanting to find their next growth engine. I am the author of "Create Marketplace Disruption: How to Stay Ahead of the Competition," a contributing editor for International Journal of Innovation Science and a leadership columnist for CIOMagazine and ComputerWorld. I currently serve as audit chair for 6D Global, and am CEO of Soparfilm Energy E&P company as well as Content Laboratory. I previously headed business development for Pepsico and Dupont, and was a consultant with The Boston Consulting Group. I have a Harvard MBA and live in Chicago.
The author is a Forbes contributor. The opinions expressed are those of the writer. 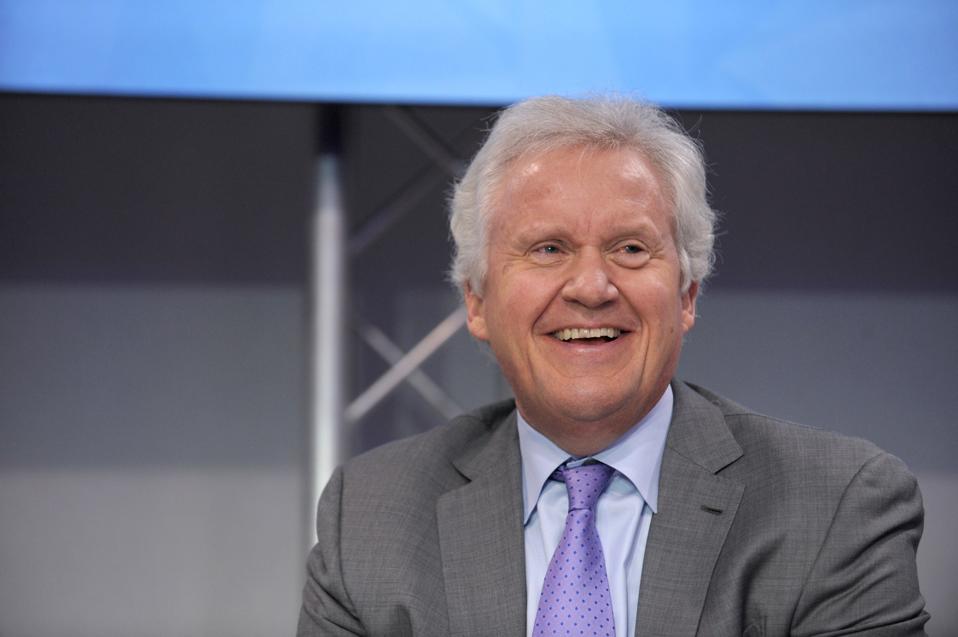 General Electric CEO Jeffrey Immelt (ERIC PIERMONT/AFP/Getty Images)
General Electric stock had a small pop recently when investors thought CEO Jeffrey Immelt might be pushed out. Obviously more investors hope the CEO leaves than stays. And it appears clear that activist investor Nelson Peltz of Trian Partners thinks it is time for a change in CEO atop the longest running member of the Dow Jones Industrial Average (DJIA.)
You can't blame investors, however. Since he took over the top job at General Electric in 2001 (16 years ago) GE's stock value has dropped 38%. Meanwhile, the DJIA has almost doubled. Over that time, GE has been the greatest drag on the DJIA, otherwise the index would be valued even higher! That is terrible performance — especially as CEO of one of America's largest companies.
But, after 16 years of Immelt's leadership, there's a lot more wrong than just the CEO at General Electric these days. As the JPMorgan Chase analyst Stephen Tusa revealed in his analysis, these days GE is actually overvalued, "cash is weak, margins/share of customer wallet are already at entitlement, the sum of the parts valuation points to a low 20s stock price." He goes on to share his pessimism in GE's ability to sell additional businesses, or create cost lowering synergies or tax strategies. 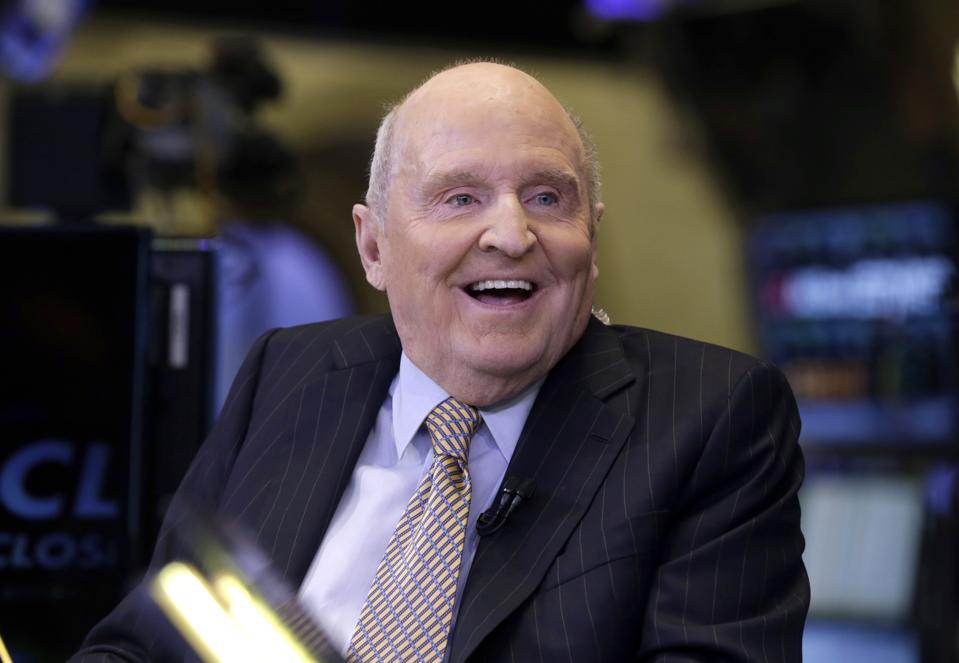 Former Chairman and CEO of General Electric Jack Welch. (AP Photo/Richard Drew)
What went so wrong under Immelt? Go back to 1981. GE installed Jack Welch as its new CEO.  Over the next 20 years there wasn't a business Neutron Jack wouldn't buy, sell or trade. CEO Welch understood the importance of growth. He bought business after business, in markets far removed from traditional manufacturing, building large positions in media and financial services. He expanded globally, into all developing markets. After businesses were  acquired the pressure was relentless to keep growing. All had to be no. 1 or no. 2 in their markets or risk being sold off. It was growth, growth and more growth.
Welch's focus on growth led to a bigger, more successful GE. Adjusted for splits, GE stock rose from $1.30 per share to $46.75 per share during the 20 year Welch leadership. That is an improvement of 35 times - or 3,500%. And it wasn't just due to a great overall stock market.  Yes, the DJIA grew from 973 to 10,887 — or about 10.1 times. But GE outperformed the DJIA by 3.5 times (350%).  Not everything went right in the Welch era, but growth hid all sins — and investors did very, very, very well.
Under Welch, GE was in the rapids of growth. Welch understood that good operating performance was not enough. GE had to grow. Investors needed to see a path to higher revenues in order to believe in long term value creation. Immediate profits were necessary but insufficient to create value, because they could be dissipated quickly by new competitors. So Welch kept the headquarters team busy evaluating opportunities, including making some 600 acquisitions. They invested in things that would grow, whether part of historical GE, or not.
Jeff Immelt as CEO took a decidedly different approach to leadership. During his 16 year leadership GE has become a significantly smaller company. He sold off the plastics, appliances and media businesses — once good growth providers — in the name of "refocusing the company." Plans currently exist to sell off the electrical distribution/grid business (Industrial Solutions) and water businesses, eliminating another $5 billion in annual revenue. He has dismantled the entire financial services and real estate businesses that created tremendous GE value, because he could not figure out how to operate in a more regulated environment. And cost cutting continues. In the GE Transportation business, which is supposed to remain, plans have been announced to double down on cost cutting, eliminating another 2,900 jobs.
Under Immelt GE has focused on profits. Strategy turned from looking outside, for new growth markets and opportunities, to looking inside for ways to optimize the company via business sales, asset sales, layoffs and other cost cutting. Optimizing the business against some sense of an historical "core" caused nearsighted — and shortsighted — quarterly actions, financial gyrations and transactions rather than building a sustainable, growing revenue stream. Under Immelt sales did not just stagnate, sales actually declined while leadership pursued higher margins.
By focusing on the "core" GE business (as defined by Immelt) and pursuing short term profit maximization, leadership significantly damaged GE. Nobody would have ever imagined an activist investor taking a position in Welch's GE in an effort to restructure the company. Its sales growth was so good, its prospects so bright, that its P/E (price to earnings) multiple kept it out of activist range.
But now the vultures see the opportunity to do an even bigger, better job of whacking up GE — of tearing it into small bits while killing off all R&D and innovation — like they did at DuPont. Over 16 years Immelt has weakened GE's business —what was the most omnipresent industrial company in America, if not the world - to the point that it can be attacked by outsiders ready to chop it up and sell it off in pieces to make a quick buck.
Thomas Edison, one of the world's great inventors, innovators and founder of GE ,would be appalled. That GE needs now, more than ever, is a leader who understands you cannot save your way to prosperity, you have to invest in growth to create future value and increase your equity valuation.
In May, 2012 (five years ago) I warned investors that Immelt was the wrong CEO. I listed him as the fourth worst CEO of a publicly traded company in America. While he steered GE out of trouble during the financial crisis, he also simply steered the company in circles as it used up its resources. Then was the time to change CEOs, and put in place someone with the fortitude to develop a growth strategy that would leverage the resources, and brand, of GE. But, instead, Immelt remained in place, and GE became a lot smaller, and weaker.
At this point, it is probably too late to save GE. By losing sight of the need to grow, and instead focusing on optimizing the old business while selling assets to raise cash for reorganizations, Immelt has destroyed what was once a great innovation engine. Now that the activists have GE in their sites it is unlikely they will let it ever return to the company it once was - creating whole new markets by developing new technologies that people never before imagined. The future looks a lot more like figuring out how to maximize the value of each piece of meat as it's carved off the GE carcass.