Go With Your Gut Feeling
by Magnus Walker | TEDxUCLA

Do what you love and you'll never have to work a day in your life. 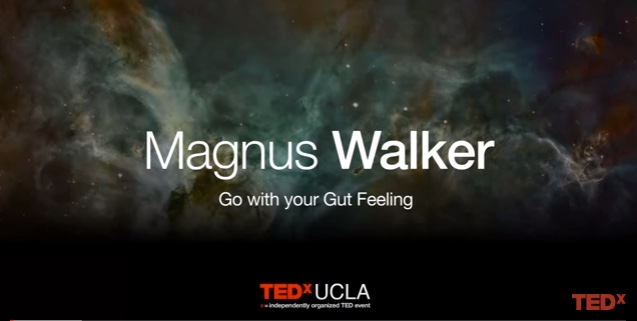 Why the Rich Are Getting Richer | Robert Kiyosaki | TEDxUCSD

Why the Rich Are Getting Richer
by Robert Kiyosaki, TEDxUCSD 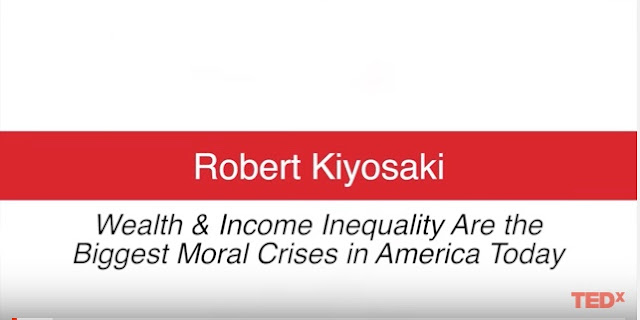 Should American Homes Be Disposable? by Allen Laudenslager & Bryan Neva

Should American Homes Be Disposable?
by Allen Laudenslager & Bryan Neva

In a February 27, 2014 blog posted on Freakonomics.com entitled, “Why Are Japanese Homes Disposable?”, it discussed the reasons why the Japanese think of their homes as disposable.  In Japan, homes actually depreciate in value because when they’re sold the new owners just demolish them and build new homes in their place.  Consequently, there’s a huge demand for new homes in Japan.

In the west when you hear of “a huge demand for new homes,” you’d naturally think the economy in that place is booming and the population is increasing.  But that’s not the case in Japan.  The economy in Japan has been stagnating for over twenty years, and the Japanese population has been declining due to low birth rates and a cultural resistance to immigration.  Furthermore, the housing vacancy rate in Japan is close to 20%.  So Japan defies common sense economics.  Why is this?

One possibility discussed in the blog is that after World War II the country’s homes were demolished and the replacement homes built were very shoddy construction unable to withstand the weather and Japan’s frequent, catastrophic earthquakes.  With more stringent building codes it was understandable those homes would be demolished and replaced with better-built, earthquake resistant homes.  But all those homes were replaced by 1980.

Another possibility discussed is that the Japanese culture highly values “newness,” so they’ve come to view housing as a perishable item like a car.  Unlike in the west where people maintain and improve their homes, the Japanese just let their homes deteriorate like their cars.  And this seems to be the most likely reason why the Japanese view homes as disposable.

Maybe this comes from the Japanese recognition that a house is a machine that they live in just as a car is a machine that they travel in.  All machines wear out with use and houses are no exception.  Yes, that lifespan can be extended with proper maintenance, but a used car is still worth less than the same new car no matter the level of maintenance.  A used house is worth less than a new house, but not as much as the maintenance costs after 20, 30, or 40 years.  Most houses need major renovations in 10 to 20 years.  In the U.S., the bursting of the housing bubble in 2008 actually reset home values to their real value after years of everyone failing to understand that houses naturally wear out.

In Japan, there are more architects and construction workers than in any other developed country because of the high demand for new homes. Whereas in America, there’s a huge demand for home improvement, which is why there are so many big box home improvements stores like Lowes and Home Depot.  Americans believe they can add value to their homes and eventually sell them for a profit if they’re properly maintained and improved. The huge home improvement industry in the U.S. is just a way for people to slow down the depreciation of their homes so they can eventually sell for a profit.  And if they’ve purchased a home in a good location, then the land value will appreciate and they could eventually make a bigger profit.

The markets do not entirely set home values, rather the banks indirectly set home values based on how much they’ll loan someone to buy a house.  If you want to buy a home, the only things that matter are how much the bank will loan you and how much money you can put down on the house.  After all, before a bank will approve a loan they’ll have an appraisal done, and if the bank says, “no we don’t think the house is worth that much,” you’d either have to put more money down on the house or the seller would have to be willing to accept less for the house.  (This is a standard clause written into most home selling agreements that the sale is contingent on the appraised value.)  So if the banks used the actual cost to build a new house minus the cost to renovate the old house to like-new condition then home values would be more realistically priced.  In fact, this is exactly what they do for commercial properties like warehouses and office buildings.

Slavishly misapplying the concept of “the market sets the value” leads to silly bidding wars similar to the silly bidding wars on the television show Storage Wars where the actors end up bidding against each other rather than the expected value of the storage unit’s contents.  Remember, those actors can afford to overbid since the bidders are getting paid as actors on the show, meaning that the producers of the show are in effect subsidizing them in order to create more drama.  Similarly, if the bank wasn’t subsidizing you, you’d need to compare the cost of that house in that location to a brand new house built in the same location!  One reason there’s so much resistance to new construction in some localities (especially in California) is that homeowners know that new construction drives down the values of existing homes.  The only reason to pay more for an existing home is that too many people want to live in a particular area and there’s no competing new home construction.  In other words, the land value is greater than the value of the home; which is why in real estate the mantra is “location, location, location.”  In the small island city of Coronado, California, a suburb of San Diego, you literally can’t buy a “dog house” on a "postage stamp sized lot" for less than a million dollars!

Most Americans, including bankers, don’t realize that the real reason home values go up is that the value of the land is increasing faster than the value that the wood, brick, and mortar is decreasing. They are in fact paying a premium for the location.  It’s OK to pay that premium as long as you understand that’s what you’re doing.  Whenever you pay a premium for something you are hoping to resell it in a few years for a profit. (On average, most Americans only live in a house for 7 years; whereas, in Japan, it’s for decades.) So you have to keep in mind that the next person who wants to buy that house may not be willing to pay a premium which is why there are so many declining cities like Detroit, MI.

Most experts believe that the Japanese culture of thinking their homes are disposable is very wasteful and shortsighted.  They’re giving up a huge store of wealth they could be accumulating in the form of their homes.  No other developed or semi-developed country in the world treats real estate like the Japanese do: as disposable in one generation.  And in the long run, by changing the attitudes of the Japanese they could potentially become more prosperous and pull their economy out of its slump.

On the other hand, we could take a lesson from the Japanese by changing our attitudes about homes.  If homes were discounted proportionately to the cost of getting them back into like-new condition, then homes would be more reasonably priced and more Americans could afford to buy homes.