WHAT’S THE DIFFERENCE BETWEEN FAIR AND FREE TRADE? 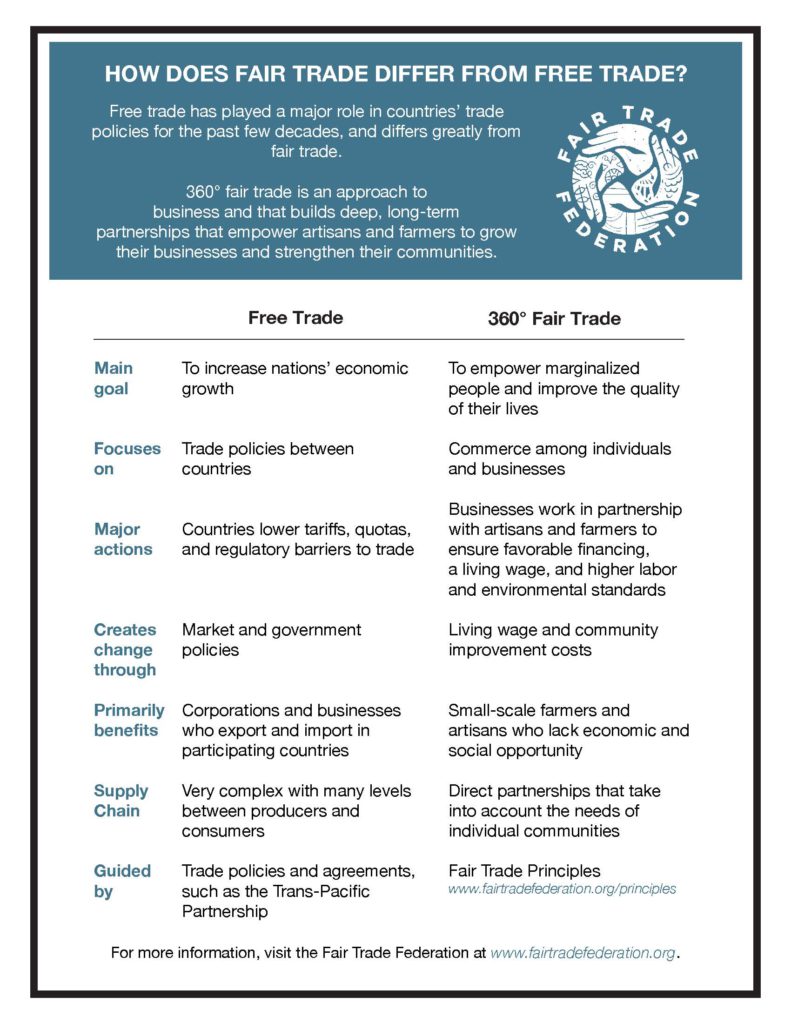 Fair trade standards set two payouts for producers — a “minimum price” and a “premium.”
The minimum price is meant to set a floor to keep farmers afloat in the event of a global commodities collapse. When market prices are above the minimum, which is typical, producers receive the market rate.
The premium is a bonus with restrictions. The premium doesn’t go directly to individual workers. Rather, the money must be used for worker welfare programs such as education, child care, facility improvements, etc…
Jonathan Rosenthal, Co-founder of Equal Exchange, says that “fair trade” could be more accurately described as “trade which is less unfair,” a fair criticism. In fact, going fair trade can actually mean less money for a producer. It costs a fair amount of money for producers to maintain fair trade certification. Meanwhile, market demand for fair trade products may not be high enough for producers to sell all of their crops under a fair trade label, forcing them to sell their remaining crops sans premium.
Fair trade is certainly not egalitarian, but it’s fair-er than free.

Free trade is a bilateral agreement between countries to allow unrestricted import and export of goods.
The advantage to free trade is that it taps into the efficiency of global markets. Free trade can spur economic growth while making goods less expensive.
The downside is that all those goods get less expensive for a reason. It may be cheaper to build solar panels in China the US, which is all well and good (Who doesn’t want cheaper solar panels!), but those panels may be cheaper because workers are cheaper. So in addition to importing affordable Chinese solar panels, we’re exporting affable American jobs.
Especially frightening for the fair trade movement, free trade threatens to forgo worker protections and environmental standards Far from emancipating, free trade agreements such as the Trans-Pacific and Trans-Atlantic Partnerships threaten to force the world’s least empowered workers into feudalism.
at September 15, 2018