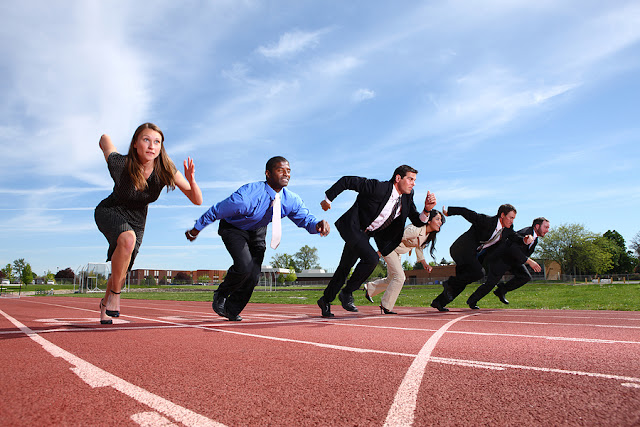 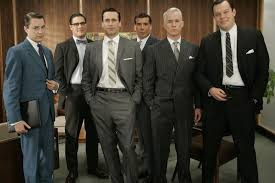 With accelerated promotion and fast-tracking, an employee must fit the organizational mold of the kind of person they want in management. In the old days, the mold was usually a tall, lean, healthy, handsome, hardworking, white male with an impressive education. But today with Equal Employment Opportunity laws, the mold has evolved to a tall, lean, healthy, hardworking, attractive person with an impressive education. 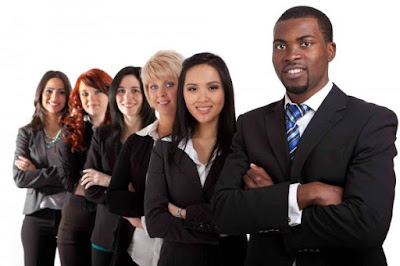 When an organization finds themselves top heavy with non-minority men, they'll fast-track minorities and women. Ideally, if they can find a minority woman, that would cover all the bases. This is what is called "The Token Minority" and it has more to do with protecting their backsides from an EEOC complaint or lawsuit than advancing the corporate agenda.

But generally speaking, short, heavy, unhealthy, unattractive people with so-so educations and unpretentious personalities are rarely fast-tracked. Those who aspire to executive level positions based solely on their merit and hard work are usually left sorely disappointed and passed over for significant positions. The organization wants to keep them in their place to do the hard work and heavy lifting ... they just don't want them in charge. 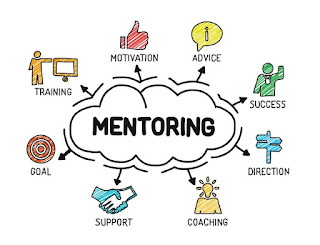 Many organizations have formalized mentoring programs for employees. Typically if an employee wants to participate in mentoring in order to earn a promotion, the company will either assign them, or the employee can choose, a mentor at least one level above them. Minorities and women typically will be assigned a mentor several levels above them (possibly at the Director or Vice-President level) in order to accelerate their promotions. And when the mentor gets promoted, they'll typically pull their mentees up with them. Now, this can work against them too if they have a mentor whose career has stalled. There are other things organizations do too such as offering a leadership development program where they'll send employees to leadership classes and have them shadow senior executives. The reason for these programs are once again to create, at least the illusion of, fairness in the workplace and protect their backsides from an EEOC lawsuit. 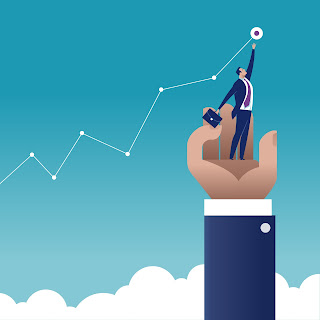 In our research for this article, we were unable to find any studies that tried to correlate the success rate of people who were accelerated or fast-tracked. In fact, it would be quite difficult to compile that type of data because they're rarely documented in personnel folders and records are kept confidential because of privacy laws. It's like an intelligence agency's list of secret agents: it's a closely guarded state secret and only certain people have a "need to know." Consequently, we have to think about accelerated promotion and fast-tracking anecdotally. 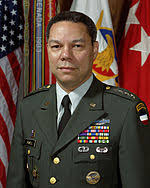 General Colin Powell graduated from The City College of New York in 1958, receiving a commission in the Reserve Officers Training Corp (ROTC) upon graduation. Powell's first tour in Vietnam was as a South Vietnamese Army (ARVN) advisor from 1962 to 1963, but he was wounded when he stepped on a punji stake which resulted in a serious infection. This caused his foot to swell and made it very difficult for him to walk which shortened his first tour. In his autobiography, Powell said he was haunted by the nightmare of the Vietnam War and felt that the leadership was very ineffective.

The officers promoted during the Second World War and the Korean War were selected for their performance as combat officers. During the interwar years, between Korea and Vietnam, the qualities of a peacetime Army were very different than combat leadership. Officers became more like managers and administrators than combat leaders (at least at the higher ranks). Any problems caused by the troops could leave a black mark on their COs evaluations and they tended to view their troops as problems rather than resources and team members.

During Vietnam, both higher and lower-ranking officers were cycled on  6-month rotations to give as many people as possible combat leadership experience. This lead to officers being more concerned with their next assignment and "punching their tickets" rather than with the welfare of their troops. Men like Colin Powell, Norman Schwarzkopf, and many other young leaders in Vietnam later tried to change these practices as they progressed up the chain of command.

But just as in civilian organizations, in the military the people with the best political skills get promoted. The big problem is separating the politically savvy officers from those who also have the ability to lead troops into combat.

Powell joined Dwight D. Eisenhower and Alexander Haig as one of only three generals following World War II to achieve 4-star rank without commanding a division (April 1989). General Powell was selected as the 12th Chairman of the Joint Chiefs of Staff (1989 -1993). In addition to being the youngest Chairman at age 52, he was also the first ROTC officer to become Chairman and the first African-American. After the military, Colin Powell went on to become the 65th Secretary of State under President George W. Bush (2001 - 2005).

Colin Powell benefited from accelerated promotion and he helped shape the U.S. Army into what it is today. But did he make mistakes? Nothing really noteworthy. He was, in fact, a very good leader as well as a savvy politician. Some might argue that he was the "Token Minority," but we believe his record of accomplishments speaks for themselves especially his performance in the first Gulf War and he earned the respect of the majority of Americans. He is without a doubt an American hero! 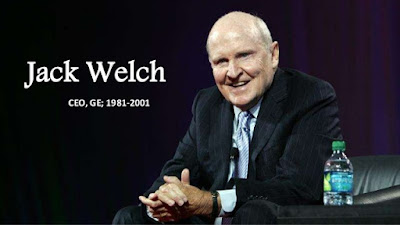 After graduating from the University of Illinois with a Ph.D. in chemical engineering in 1960,  Jack Welch went to work for GE. After a year on the job, he almost quit but was persuaded to stay by his manager. And despite an explosion at a factory under his management in 1963, he didn't lose his job but remained on the fast-track to the top of the organization.

When Welch finally took over GE in 1981, he was the youngest person in the company's history to become CEO. The company was a stodgy, bloated, industrial organization with 411,000 employees and a value of about $13 billion. When Welch retired in 2001, GE had just 70,000 employees and a value of about $300 billion! The way Welch accomplished this feat at GE was he essentially fired everyone and selectively brought in new talent which is why he earned the nickname "Neutron Jack" (in reference to the neutron bomb, he eliminated all the people but the buildings were left intact). Welch was a very controversial CEO with his "profit-at-any-price," "throw the baby out with the bathwater" business strategy, and he epitomized the sycophantic, psychopathic, sociopathic, and narcissistic behavior so common among CEOs today. He was singularly focused on the shareholders of GE rather than on the welfare of all the other stakeholders of the company (especially the employees).

We believe Welch was fast-tracked to the top of GE because the top management was acutely aware of GE's problems as a bloated, bureaucratic organization and they wanted Welch to come in and shake things up, take names, and kick ass! They didn't want the status quo, and Welch exceeded their wildest expectations. In a way, you have to hand it to him for transforming such a large organization into a lean one, but the way he went about it was very inhumane.

In August 2014, Welch and his wife Suzie published an article entitled, "Five Ways to Fast Track Your Promotion."  These are 1) Over-Deliver - consistently deliver great results and deliver them right  away; do more than you have to (translation: work 80 hours a week); 2) Don't Make your Boss Play Defense - don't do anything careless so your boss has to defend you (translation: make your boss look good by not doing anything stupid); 3) Love Everyone - play politics with everyone (translation: win a popularity contest with your superiors); 4) Volunteer for Tough Duty (translation: work 112 hours a week); 5) Seek Mentors... Everywhere - play politics with your superiors (translation: win a popularity contest with all the managers in the company by being a sycophant).

So what can we conclude from all this? First of all, we have to ask the question, is fast-tracking even ethical? We believe that it is NOT! In fact, fast-tracking has consistently been used to exclude minorities and women from executive level positions for decades. Fast-tracking is just another name for old-fashioned favoritism and cronyism or the "good ol' boy's club." And what is cronyism? Its the promotion of friends and associates to positions of authority without regard to their qualifications or merit.

I (Bryan) have a friend who once worked for a company that practiced a quasi-mentoring program. My friend once got into an argument with a mediocre performing colleague with an abrasive personality. Unfortunately, his colleague, who was being fast-tracked or "mentored" by a higher-level executive than he was, saw to it that my friend's career stalled. Eventually, his colleague was promoted over him.

Second, we believe the practice of fast-tracking is a symptom of short-term thinking rather than a stand-alone problem. Too many senior managers suffer from what we call the superstar syndrome. This most typically occurs were everyone around the so-called superstar is paid to say "Yes." In the case of fast-trackers, the staff is paid to make it possible for the superstar to do anything that strikes their fancy and to insulate them from the results.

If the superstar wants to drive drunk the staff's job is to help them get away with it rather than to say “No!” In much the same way, a senior manager will surround themselves with a staff of sycophants and enablers: people who will accept the instructions and carry them out without trying to stop what may be an obviously bad choice. Whatever fast-trackers are told to do they'll do it without question.

I (Allen) once worked for a large,  west coast defense contractor. A Vice-President was walking through the hallway and noticed two senior engineers reading the Federal Procurement newspaper that advertised government contracts open for bids. Knowing that they were well-paid engineers he asked them why they were doing that kind of work? They told him that they were not currently working on any projects and were looking for contracts to bid on. So in his infinite wisdom, the Vice-President decided to lay them both off in order to save money (after all, they didn't have any work to do). A year or so later, there was a federal contract that the Vice-President wanted to bid on but couldn’t because, you guessed it, he had laid-off those two engineers off. They were the only two people who had the expertise and security clearances to perform the work. And of course, by that time the two engineers had found new employment, and they couldn't hire anyone with that type of talent so the company lost a very lucrative contract because of the short-sightedness of the Vice-President.

Third, there's no proof that accelerated promotion or fast-tracking is any more of a predictor of success than picking a racehorse. We believe that Colin Powell would have been successful regardless of his accelerated promotion. On the other hand, we believe that Jack Welch would have weaseled his way to the top regardless of fast-tracking. Both Powell and Welch were both successful, the difference was that Powell proved to be unpretentious while Welch proved to be an unethical sycophant. So roll the dice and see if you can predict who'll most likely succeed.

Finally, fast-tracking is simply not good for business. When employees figure out that promotions are based on favoritism and cronyism, they'll stop trying to improve because they know that no matter how hard they try, they'll never get promoted. Fast-tracking leads to employee disengagement which leads to lower effectiveness and productivity and greater turnover.
at February 20, 2018