The Leash Theory of Management

The Leash Theory of Management
by Bryan J. Neva, Sr. 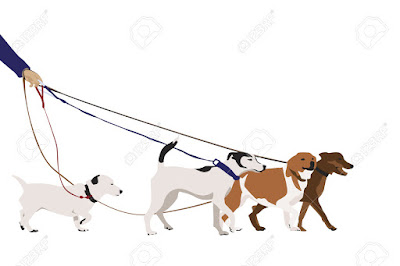 Have you ever heard a manager use phrases like, "I have to keep them on a short leash!", or "I'll give them all the rope they need to hang themselves!" Essentially that manager subscribes to what I call "The Leash Theory of Management." 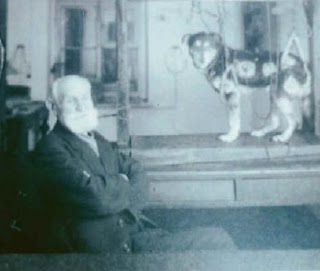 "The Leash Theory of Management" has its origins with the famous Russian Psychologist, Physician, and Nobel Prize winner, Ivan Pavlov (1849 - 1936), who did experiments with dogs called "classical conditioning." First Pavlov presented meat (an unconditional stimulus) to a hungry dog, and the dog responded by salivating (a natural unconditional response). Next Pavlov rang a bell at the same time he presented the meat to the hungry dog, and again the dog responded by salivating. Pavlov repeated this several times so the dog would learn to associate the ringing bell with getting fed. Finally, Pavlov rang the bell but didn't present the meat and the dog responded by salivating. So Pavlov conditioned the dog to salivate at the sound of the ringing bell. The ringing bell was the "conditioned stimulus" and the dog's salivation was the "conditioned response." The ultimate purpose of Pavlov's experiments with dogs was to learn if they were applicable to humans; and, in fact, they were as subsequent, unethical experiments on children by other psychologist proved this. Today, most psychologist and management experts overwhelmingly condemn the use of "Pavlovian conditioning" on people as being unethical and immoral as it lowers the dignity of human beings to the level of animals and causes long-term psychological harm.

We know that people can develop phobias, anxieties, irrational fears, emotional responses, or other abnormal psychological behaviors mainly because of a "conditioned response." For example, say you flew on an airplane and had a very traumatic experience (the plane experienced extreme turbulence and almost crashed), you'd naturally associate flying with death and might develop a fear of flying, or a "conditioned response" to flying.

Getting back to "The Leash Theory of Management" or what psychologist call "Pavlovian conditioning," the manager who subscribes to this theory basically believes that his employees must be trained like dogs and figuratively kept on a leash so he can control their behavior. He'll use rewards, punishment, fear, and intimidation all to elicit a conditioned response from his reports. The idea of "keeping his employees on a short leash" would imply micromanaging or closely scrutinizing everything the employee does. The idea of "giving them all the rope they need to hang themselves" would imply taking a hands-off approach with an employee, waiting for them to make a mistake, and then mercilessly punishing them the minute they do. The manager is essentially setting his employee up to fail, and they'll typically use this technique to get rid of an unwanted employee.

Using Pavlovian Management Techniques usually causes employees to respond anxiously to the mere presence of their manager; the manager (or "dog trainer" as I like to call them) has "conditioned" his employees to "respond" with fear and anxiety the minute he shows his face or opens his mouth. They become like dogs that have been beaten so much that they spend half their working lives just cowering in fear and sucking up to him.

One of the most famous practitioners of Pavlovian Management Techniques was Jack Welch, the controversial CEO of GE from 1981 to 2001. During his tenure at the helm of GE, the company's value rose an astounding 4000%, and when he retired from GE he was given an unheard of severance package of $417 million. Welch's personal net worth is north of $720 million! Having published several books himself, and having numerous other books and articles published about him, we know that Jack Welch was a big proponent and practitioner of "The Leash Theory of Management." He used fear, intimidation, rewards, and punishment to motivate his underlings. These, along with some creative accounting and a growing economy was how he was able to accomplish what he did at GE! GE is a classic example of a "profit-at-any-price," "throw the baby out with the bathwater" organization, as they ruthlessly will fire employees on a whim. GE has absolutely no loyalty to their employees as they're seen as nothing more than "units of production."

The military as well extensively uses "The Leash Theory of Management" especially with new recruits and low ranking enlisted personnel. The military loves the "young and dumb" as they're easily trainable just like puppies. The military euphemistically calls it "re-socialization," but in reality, it's akin to "dog training!"  That is why most people don't last much longer than their first enlistment, and also why so many veterans suffer from some degree of PTSD even if they'd never even seen combat. R. Lee Ermey's portrayal of the Marine Corps Drill Sergeant in the 1987 Stanley Kubrick film Full Metal Jacket is a classic example of military "Pavlovian conditioning." Those who thrive in a military environment, like the character R. Lee Ermey played, are those who love to be "dog trainers" just like the famous dog whisperer Cesar Millan, or the controversial Jack Welch.


I once met a veteran back in the '80s who had a barcode tattooed on the back of his neck; when I asked him about it, he told me the military made him feel like just a number or a piece of serialized military equipment. The tattoo was his way of protesting his military experience. In fact, when I was in the military, we stenciled our social security numbers on everything including the "dog tags" we were required to wear around our necks. The military's social caste system where the officers are the "Lords" and the enlisted personnel are the "Serfs" is an outdated system best left in the middle ages.

Employees who experience "The Leash Theory of Management" in their working environments usually fall into three categories: 1) those who Accept it and stay; 2) those who try to Change it; and 3) those who Exit (Accept it, Change it, or Exit: ACE it). The employees who accept it and stay usually do so because they can't afford to lose their jobs (i.e. their meal ticket), and they cower in fear like an abused dog and suck up to their "masters" hoping not to get another beating that day; however, they become disengaged from their work and usually do just enough to get by and not draw the wrath of their "dog trainer." Of course, the long-term results are lower productivity. The employees who try to change it do so because they believe they can somehow be a change agent in the organization, and they don't like being treated like dogs. They want to be treated with the dignity and respect of a human being. Finally, the employees who exit don't accept the status quo and don't like being treated like dogs, so they just quietly leave. The revolving door starts turning, new employees replace them, and the vicious cycle starts all over again. (It kind of sounds like the military doesn't it?) Unfortunately, when there's high turnover under a manager who practices "The Leash Theory of Management," the last thing most organizations will ever do is fire the manager!

Dr. Stanley Milgram was a social psychologist who performed controversial obedience experiments in the early 1960s. He subsequently published a book in 1974 entitled, Obedience to Authority which became a worldwide best-seller. His experiments are cited in just about every psychology textbook today, and they help to explain the passivity of the German people under Hitler and the Nazis during World War II. An article in American Psychologist summed up Milgram's obedience experiments as follows:

"In Milgram's basic paradigm, a subject walks into a laboratory believing that s/he is about to take part in a study of memory and learning. After being assigned the role of a teacher, the subject is asked to teach word associations to a fellow subject (who in reality is a collaborator of the experimenter). The teaching method, however, is unconventional—administering increasingly higher electric shocks to the learner. Once the presumed shock level reaches a certain point, the subject is thrown into a conflict. On the one hand, the strapped learner demands to be set free, he appears to suffer pain, and going all the way may pose a risk to his health. On the other hand, the experimenter, if asked, insists that the experiment is not as unhealthy as it appears to be and that the teacher must go on. In sharp contrast to the expectations of professionals and laymen alike, some 65% of all subjects continue to administer shocks up to the very highest levels."

Milgram's obedience experiments proved that 65% of people throughout all walks of life will naturally accept "Pavlovian conditioning" in the workplace while only 35% will resist it and refuse to be a part of it. It was a shocking discovery about human nature.

But knowing human nature's propensity to blindly follow authority, choosing to be part of the 35% who questions the morality and ethics of "The Leash Theory of Management" or "Pavlovian conditioning" will begin the change process to more humane, modern and effective leadership methods in organizations. "Pavlovian conditioning" only works because of our human nature to blindly follow authority. Developing an ethos that questions the morality and ethics of everything will help prevent us from falling into the trap of perpetrating injustices on others or being victimized by others.

So if you're working for a "dog trainer" I recommend that you just quietly start looking for another job as it's easier to find another job when you already have one. If you stay you'll eventually develop some serious mental health issues, and if you resist it's unlikely you'll ever change anything and you'll still end up with some serious mental health issues. So do yourself a big favor, save your sanity, and just leave! Find another employer or manager who doesn't practice "The Leash Theory of Management" and will treat you with the dignity and respect we all deserve as human beings.
at April 07, 2017