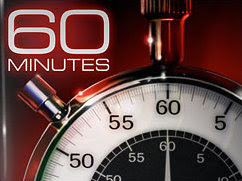 Hamdi Ulukaya built the best-selling yogurt brand in the U.S. after coming here 23 years ago. Today, 70% of Chobani employees are American born, 30% are immigrants and refugees


The following is a script from “Chief of Chobani,” which aired on April 9, 2017. Steve Kroft is the correspondent. Michael Rey and Oriana Zill Granados, producers.
At a time when Americans are debating whether immigration and refugees are a good thing or a bad thing for the country, it is sometimes noted that Tesla, Google, eBay, and Pepsi Cola are all either founded by or currently run by immigrants, and, in one case, a refugee. It’s a reminder that foreigners don’t always take jobs from Americans, sometimes they create them. And of all the success stories none seems more relevant to the current debate than the tale of Hamdi Ulukaya, who came here from Turkey 23 years ago on a student visa with almost no money. Today, he is a billionaire who has changed American tastes with his Chobani yogurt, resurrected the economy in two communities, and drawn praise and some hostile fire for the way he’s done it.
He is a familiar, paternal presence on the factory floor, where everyone calls him Hamdi.
Hamdi Ulukaya: Hey brother, how you doing?
He oversees every detail of a product line that barely existed a dozen years ago.  Greek-style yogurt -- a thicker, tangier version of the dairy product that Ulukaya popularized here and named Chobani. It’s now the best-selling brand in America.
Steve Kroft: What is the word, “Chobani,” mean?
Hamdi Ulukaya: It means shepherd.
Steve Kroft: Shepherd?
Hamdi Ulukaya: Shepherd. It’s a very beautiful word. It represents peace. And it meant a lot to me because, you know, I come from a life with shepherds and mountains and all that stuff.
His family raised goats and sheep and made cheese and yogurt in a small Kurdish village in Eastern Turkey. During the summer months, they would move to the mountains and graze their flock under the stars. He says he was born on one of those trips but he doesn’t know the date or the year.
Steve Kroft: So how did you come not to know your birthday?
Hamdi Ulukaya: Yeah, in the old days, you know-- the nomads they didn’t deliver babies in the hospitals.

“[Chobani means] shepherd. It’s a very beautiful word. It represents peace. And it meant a lot to me because...I come from a life with shepherds and mountains and all that stuff.” Hamdi Ulukaya

Steve Kroft: Midwives?
Hamdi Ulukaya: Midwives, yeah. They would register when they come back. The registration officer would put everybody in January. Says it’s easy for math. Like, 70 percent of our town at that time, born in-- somehow in-- January. I’m January 20th.
Hamdi Ulukaya: This reminds me of home. 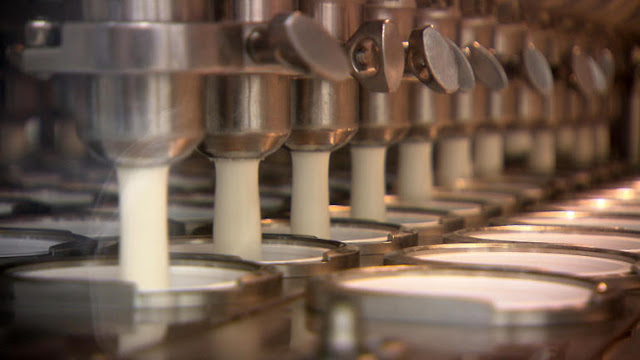 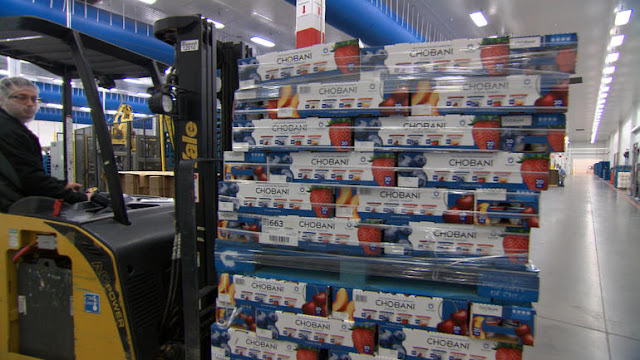 Hamdi Ulukaya: Nobody. No.
It took him a year to find his footing in upstate New York where he spent the next decade finishing his studies, working on a dairy farm and starting a modest feta cheese business here one day he spotted an ad.
Hamdi Ulukaya: It said, “Fully equipped yogurt plant for sale.” And it has a picture in front. It said 1920 on the back. There was small, small picture of various per-- parts of the plant. And I called the number.
The real estate agent said the 85-year-old factory was owned by Kraft Foods which had decided to get out of the yogurt business.
Hamdi Ulukaya: And I asked for the price. And he says $700,000. I mean, you cannot even get a tank with $700,000. How could this be? So I didn’t ask the second time because I didn’t want him to think that I--
Steve Kroft: Didn’t believe him?
Hamdi Ulukaya: Yeah.
Steve Kroft: Or get him to reevaluate the price?
Hamdi Ulukaya: Yeah, he says, “Oh, maybe-- we’re asking too little.”
Sensing an opportunity Hamdi set off to the small village of New Berlin, New York, to have a look. There he found the last employees of the last plant in the area closing it down.