The map is not the territory

The map is not the territory

What they don’t teach in business school 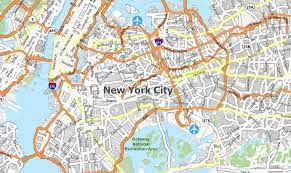 Anyone who has tried to find where they are on a map knows that it is not always as easy as it sounds. In a city were there are cross streets and street signs it can be fairly simple. In the wilds, off road it can be very hard to be sure you know where you are.

Once you do know where you are on the map and where your destination is, it’s still not all that easy to pick a good route. If you are using a regular road map in the wild all you will see is improved roads and maybe some important features like a lake or mountain.

The problem is that there may be hills that you’d really rather go around than climb,  streams or ravines that you’d avoid if you can.

What do maps have to do with business school? The arithmetic of business is a kind of map. It shows you where you are and can help you clearly state where you want to go. The problem is that while those numbers can present a clear picture it is first and foremost a snapshot and second, like that map, may not present all the information you need to pick your route.

A regular highway map will not show differences in elevation. For that you need a topographical map which has elevation lines. Topographical maps are wonderful in the backcountry but not much use in a city. The details of streets on top of the elevation lines will get extremely confusing very quickly so generally you only use the street map in the city and the topographic in the country.

Add on top of that the fact of naval charts are ideal for navigating on the water but just awful even a few feet onto land.

When you take a map reading class, a good one will teach you how to read all maps and how to decide which one is most useful in which circumstance. One of the important things that any navigator learns is that no single map contains all the information you need. In fact all the types of maps together may not have all the information that you might want.

Many times the information you want is too small in detail to be included or the mapmaker didn’t think anyone would need to have that particular point listed. The key here is not that the map is useless, but rather that it is not reality; it is only a rough representation of reality.

In exactly the same way that your mathematical model is only an approximation of what is happening with your business. If it’s sounds like I am claiming that the arithmetic is wrong, I’m not. 1 + 1 will always equal two. The key is that often need more than the math can truly deliver.

John Nash (1994 Nobel Memorial Prize in Economic Sciences) is generally credited with the mathematics that allowed stock market derivatives. The derivatives that most people credit with the financial disaster that is now call The Great Recession of 2008.

Was Nash’s math wrong or was it misused?

I believe that the people using Nash’s formulas didn’t understand the math’s strengths and weaknesses in the same way many people don’t understand that a map is only an approximation of the land and doesn’t cover all the important things you need to know and account for.

So, what is the cure? The old military adage “what is the most dangerous thing on a battlefield? A second lieutenant with a map!” The idea being that an inexperienced partially trained person with a map can often create more problems than he solves because they think they fully understand.

The cure is the filter of experience. Have made enough mistakes to recognize that the map is not the territory and that the map is incomplete. Knowing in even the most general way that there will be differences between the map and reality and using good (experienced) judgment to adjust to reality.

It’s experience and judgment that recognizes the things that can be counted that don’t really matter and then fills in the things that matter but can’t be (easily) counted.