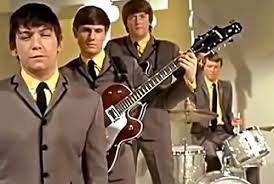 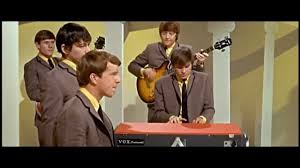 With its gritty, soulful, rhythm and blues, rock and roll arrangement of the old, traditional folk song, "The House of the Rising Sun," The Animals became an overnight sensation in Britain and in the U.S. in 1964. They were part of the British Invasion following in the footsteps of The Beatles, The Rolling Stones, and several other musical acts.

The Animals formed around 1962 in the city of Newcastle upon Tyne in Northeastern England. The city played a major role in the Industrial Revolution of the 19th and 20th centuries and was known for its coal mining and manufacturing. The original group members included Eric Burdon (vocals), Alan Price (keyboards), Bryan "Chas" Chandler (bass), Hilton Valentine (guitar), and John Steel (drums). After their transatlantic number 1 hit with Rising Sun, they went on to record several other top 40 hits such as "We Gotta Get Out of This Place," "It's My Life," "I'm Crying," and "Don't Let Me Be Misunderstood."

The Animals 1965 recording of the song "We Gotta Get Out of This Place" (written by New Yorkers, Barry Mann and Cynthia Weil) became an iconic song with American GIs during the Vietnam War. The lyrics are quite fitting for the group's declining mining and industrial hometown:

Now my girl you're so young and pretty
And one thing I know is true
You'll be dead before your time is due, I know it

Unfortunately, the original band members could never get along with lead singer Eric Burdon and they underwent numerous personnel changes between 1965 and 1966 (and into the present day). Dropping like flies, the original band members began quitting first with keyboardist Alan Price in mid 1965, then drummer John Steel in March 1966, and finally with bass guitarist Bryan Chandler and guitarist Hilton Valentine in September 1966. Lead singer Eric Burdon became the captain of the sinking ship and quickly replaced the members with new recruits. (To date there have been 29 current and former band members.)

And adding insult to injury, the group suffered from horrible management even by the low standards of the 1960s when artists were routinely ripped off by lousy managers and dishonest record companies. Despite their phenomenal success, the band members never made much money! Their only consolation prize was the professional recognition they received thirty years later in 1994 when all five of the original band members were inducted into the Rock & Roll Hall of Fame.

The Animals are a good case study on teams. In every company you'll have a few Rock Stars (like Eric Burdon, the lead vocalist). And when there is turmoil in a team what do lousy managers usually do? They rid themselves of the team members rather than the Rock Stars; and they'll continue to do this until their Rock Stars are satisfied with the team. They'll also relinquish their authority to their Rock Stars to the detriment of the team and ultimately the company. But in doing so, they destroy the very essence of what made the original team successful. If The Animals had better leadership and management, they could have been as successful as The Beatles or The Stones.

Eric Burdon's talent was his unique singing style and he probably treated his band mates as easily replaceable cogs in the wheel, but he couldn't play the organ, guitar, or the drums. A one man band is nothing but a circus act. Likewise, Rock Stars in a company may think they're the only ones who matter and everyone else are easily replaceable. In the 1980s, Apple Computer's Rock Star was Steve Jobs. He became so disruptive to the organization that then CEO John Sculley and the Apple Board of Directors wisely rid Apple of Jobs rather than allow Jobs to destroy the company. What made The Beatles or The Stones so successful were good leadership, management, and team cohesion. After The Beatles broke up, the individuals were never as successful as the original group. Had they stayed together, they could have been more successful than The Stones who stayed together and ended up making a lot of money.

Lousy managers tend to think their organization couldn't survive without their Rock Stars and they tend to treat the other team members like chopped liver. A good manager won't play favorites and will treat each of the individual contributors as important to the team.