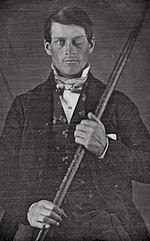 On September 13, 1848, Phineas Gage, a 25 year old railroad construction foreman, was directing a work gang blasting rock outside Cavendish, Vermont. While Gage was compacting the explosive charge using a tamping iron, the blasting powder exploded prematurely and sent the tamping iron completely through the left prefrontal cortex of his brain. Surprisingly, Gage survived the accident (and lived another twelve years), but even more surprisingly Gage’s personality changed completely. Before the accident Gage was a quite, patient, respectful, well-liked, hardworking, responsible, and highly self-controlled person; after the accident Gage was the complete opposite. Due to the brain damage Gage suffered, he’d lost his ability to control his thoughts, feelings, and actions. This case is frequently cited in the curricula and academic papers of neuroscience and psychology which has led to our current understanding of how the brain works.

The human brain has the largest frontal lobe of any in the animal kingdom.   Our ability to think and reason and make logical choices makes us god-like among all the other animals.  And quite frankly, our intelligence puts us atop the food chain and makes us by far the most dangerous animal on the planet. 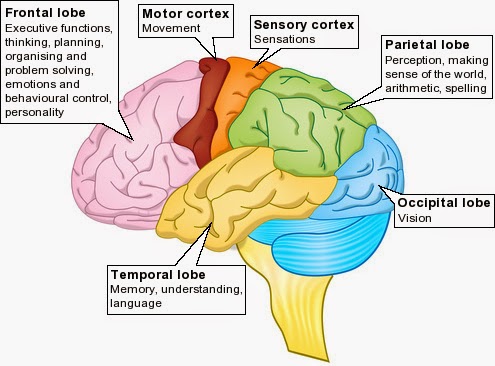 Why do most people prefer dogs over cats as pets?  Well dogs have a large frontal brain lobe too and this allows them to learn and be trained.  Cats, on the other hand, have quite small frontal brain lobes and are very difficult to train.  In fact, cats are very instinctual animals; that is, they're hard-wired to behave in certain ways.

Some people believe they're set in their ways and don't want to improve as human beings. Science and the Good Lord both say differently. We're all capable of changing for the better.